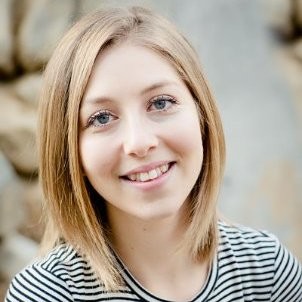 Why Salespeople Should Never Jump On the First Need They Hear

“What are your current goals?” the salesperson asked.

“My manager has asked me to bring our Foursquare rating up to seven stars,” the prospect replied. “But that’s been really difficult since most of our customers don’t use the Foursquare app.”

The rep continued digging into the prospect’s Foursquare problem for 15 minutes. Then, she presented a custom consulting package that would help her client create a channel-specific marketing campaign.

“Are you ready to move forward?” she asked. “I can send the contract over right now.”

“I don’t think so,” he said. “Foursquare isn’t actually my main priority right now. I’m far more focused on getting our Instagram account up and running.”

What went wrong? In her eagerness to identify her prospect’s pain, the rep had completely forgotten to ask how pressing or relevant his Foursquare goals were.

Salespeople are primed to discover how they can help and connect to prospects, but prospects don’t always think in a linear or logical way. As a result, they often mention lesser priorities before they bring up big ones. If salespeople aren’t careful, they’ll try to solve the wrong problem -- and ultimately, lose the deal. These three strategies will help reps hone in on their prospect’s most important challenges.

Download your copy of Human to Human Personalization At Scale

Rather than assuming the first need that comes up is the most important one, salespeople should ask probing questions with their prospects to rank their priorities or challenges.

Here are six questions that may come in handy:

2. Dig Into the Reason For the Call

Some buyers are tire-kickers, but most give up valuable time in their day to talk to salespeople because they have a pressing need. Reps should explore their prospects’ motivations for getting on the call. Once they’ve identified the main reason, they’ve found the buyer’s primary pain.

If the prospect booked time with a salesperson in response to an outreach email or call, the salesperson should reference the content that triggered the response, since it clearly resonated with the prospect.

The rep might say something along the lines of, “In my [email/voicemail], I mentioned companies of your size in this vertical often struggle with X. Is that a challenge [company] is currently facing?”

Reps should also take advantage of information from sales acceleration software. Let’s say a rep using HubSpot Sales sees her prospect opened one of three documents she sent him.

There’s a strong chance he’s more interested in the topic of that file than the other two, so the rep should begin with, “I saw you opened the file I sent you on X. How important is this to [prospect company/your team/your role/your objectives]?”

Even salespeople without any context can delve into their prospect’s motivations. Here are a couple of ways to phrase this question:

3. Explore the Consequences of Each Pain Point

To discern true priorities from lesser ones, salespeople can also ask prospects what will happen if an issue isn’t solved.

For example, after the rep identifies one pain point, he could ask, “If you do nothing, what will the consequences be in [X period of time]?”

Once the buyer responds, the rep might follow up with, “Is [outcome] the most critical negative outcome you’re potentially dealing with?”

To give you an idea of how this might look, here’s some sample dialogue:

Rep: “If you don’t streamline your supply chain, what will the consequences be a year from now?”

Prospect: “Well, our current system really slows us down. Our component costs are fairly low, but we almost never beat the competition. If history repeats itself, we’ll probably have lost first-mover advantage for another two products.”

Prospect: “Actually, I’d say risk management is bigger. A couple of months ago, two of our supply centers were impacted by a huge tropical storm. A responsive supply chain would hugely minimize the impact of disasters like that.”

In this example, the rep could easily have followed up on the “competition” angle and never learned the prospect was far more concerned with avoiding risk. By investigating the consequences, she was able to uncover his true priority.

Sales isn’t a game of whack-a-mole. If salespeople jump on every need they hear, they’ll usually miss their prospect’s most pressing priorities.

Curious what your cost per lead would be with direct mail? Check out our interactive calculator to find out!

Aja is a Sr. SEO Strategist at HubSpot. She is also a freelance writer specializing in business, tech, career advice, and productivity.